Our next door neighbour came into our garden and shouted at me. I had just walked past with the dog and was standing at the front door and thought “That’s very considerate of him” – he has had a cold for a while (what young children will do for you) and wanted to tell me a few things. So we had a chat at distance – I am at my “immunity nadir” when I am most vulnerable to any infections but more about that later. 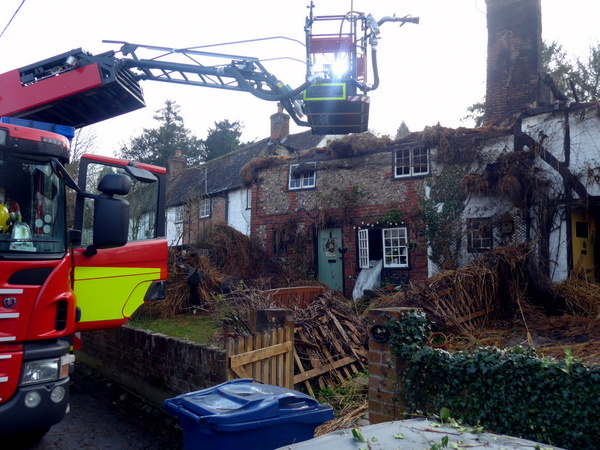 He is a retained fireman and had spent all last Saturday just along from a friend’s house. There had been a fire at an old cottage which had a thatched roof. Not sure where or how the fire started but it quickly spread to all three houses. They have to pull the thatch off the roof which is hard work when the thatch is an arm’s length thick  and as soon as any is pulled off it lets in more oxygen which feeds the fire. I really feel for the occupants of those three cottages who may have  lost everything, even though the walls are still standing.

I went past the next morning when coming back from taking the dog out and there still was a strong smell of smoke. It put things into perspective – we all have different challenges! Meanwhile my “immunity nadir” came up and bit me, but that is a separate story.

One thought on “Our neighbour shouted at me”